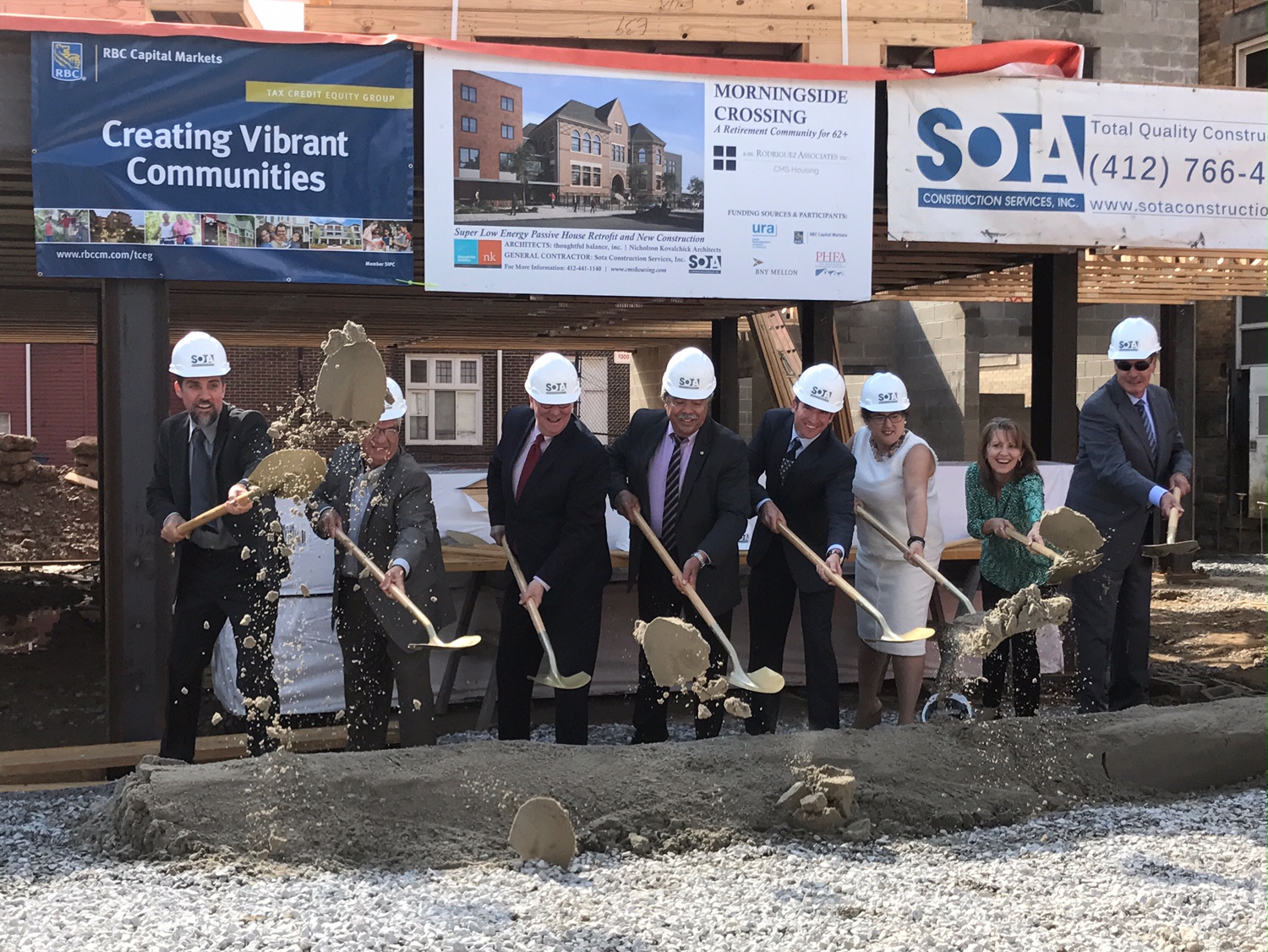 By this time next year, Morningside will have 46 new housing units, 13 in the former Morningside

Public School and 33 in a new building being built on the school’s parking lot.

This is good news in a tight housing market, and the neighborhood is eager to see new life in the

Construction began earlier this year at the site, Jancey Street and Greenwood Avenue, but a

reuse, saying, “This will be an opportunity for people to retire and stay in the neighborhood and

to get together in the heart” of it.

Mr. Kelley said the neighborhood council “has been working with the developer to make sure our

residents are first in line” to move in, which will free up much-in-demand housing.

The $13.6 million project is adapting a 120-year-old school, adding a new wing and renovating a

newer portion of the school into a community center. A public plaza on the corner will replace the

principal architect at Thoughtful Balance. She collaborated on this project with Brandon

Called Morningside Crossing, it is expected to be completed next August. Forty units will have

one bedroom, six will have two and all but seven will be priced for people making between 20 and

While walking his dog past the site, Mike Keller, a 35-year resident of the neighborhood, said it

has been hard over the past decade to look at “a cold, dead building, such a huge piece of real

estate, at one time so vibrant.To see anything come into it is good, but affordable housing for

seniors will have such a positive influence and be so helpful to families.”

energy-use standards in the area. Those standards call for what Ms. Nettleton described as “mega

This usually cuts energy costs by 80-85 percent. The windows are triple-paned and insulation is 8

providing trickles of air, unlike HVAC systems that run full bore for a while then shut off.

“In a traditional house, you have a lot of air movement and a lot of different temperatures”

depending on where you are, Mr. Nicholson said. “In a passive house, you never feel a draft,” he

conventional building, Morningside Crossing is below the average cost of PHFA tax credit

architects are certified in passive house design. Unlike Leadership in Energy and Environmental

Design (LEED), which awards points based on a checklist of standards that require compliance

with a variety of sustainable practices, passive house is just about energy savings.

PHFA funding has been “a huge driver for passive house in Pittsburgh,” Ms. Osterwood said.

“And that’s wonderful because it will build for lower income, for lower operating costs and for