Thank you CREA for this article. You can find the original article here: https://creallc.com/oxford-place-writes-new-chapter-in-cantons-history-book/ 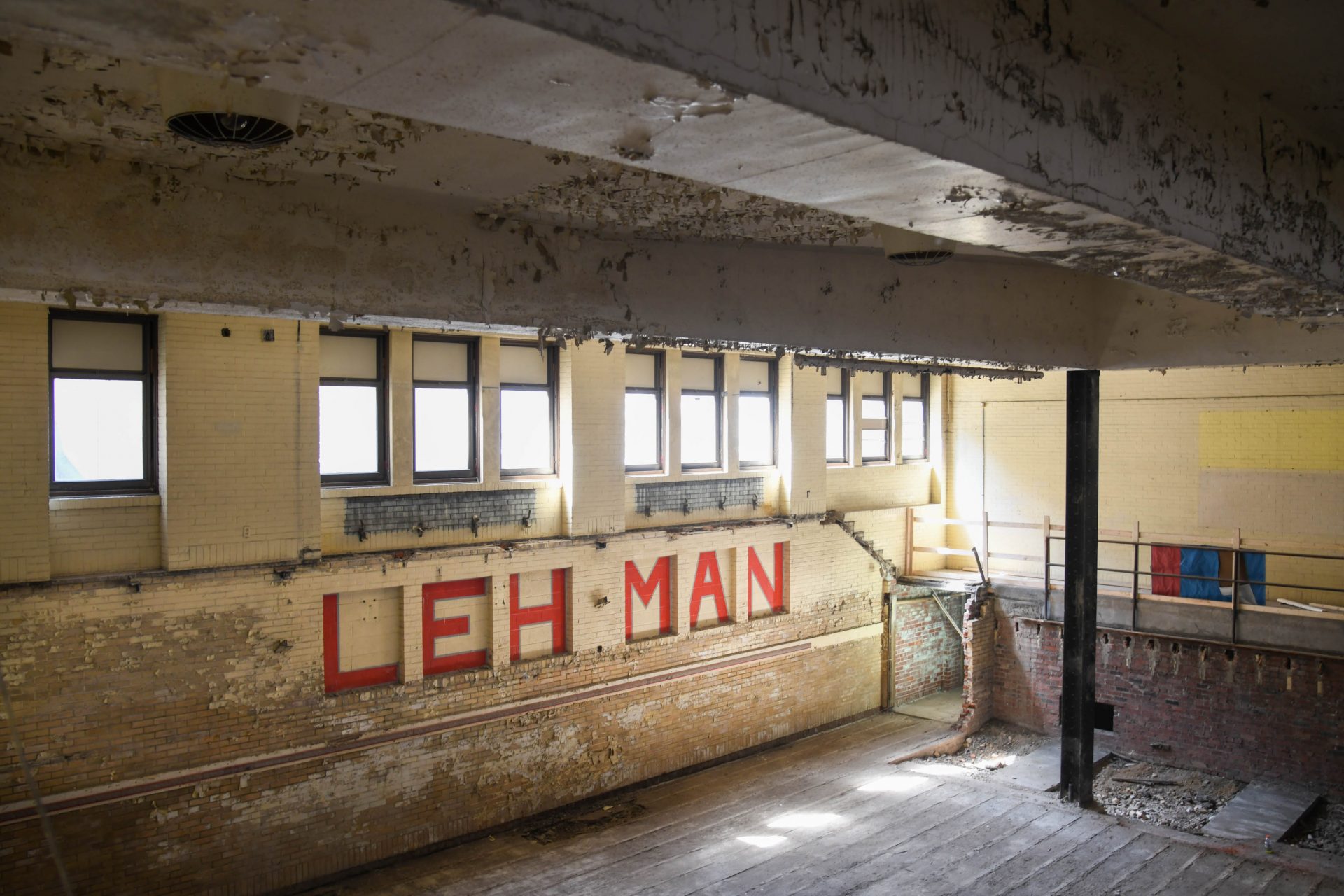 Standing vacant for the past 15 years, the former John H. Lehman High School that once housed students in Canton, OH will welcome citizens into its halls once more. Alongside The City of Canton, developer a.m. Rodriguez Associates Inc. (AMR) began demolition and construction on the grounds of the senior rehabilitation property, Oxford Place, in December 2020 and recently celebrated breaking ground at its 1200 15th Street location.

“a.m. Rodriguez Associates is excited to be part of Canton’s community revitalization with the historic preservation and conversion of the former Lehman High School to 62 units of well-designed affordable senior housing,” said Victor Rodriguez, AMR President. “Not only will the project preserve this important part of Canton’s history, but it will also remove a blighted property and provide needed senior housing – sustaining Canton’s rich history.”

The groundbreaking ceremony was attended by over 50 alumni, who stood and joined in singing the high school’s alma mater to kick-off the celebration. Canton Mayor, Thomas Bernabei, a 1964 Lehman High School graduate himself, was among the speakers who said of the dilapidated building, “It was vandalized. It deteriorated, and it decayed.”

This description is mirrored by Nathan Rambaud, vlogger and urban explorer, who resides in Canton and hosts That Nate Guy on YouTube. In his segment walking the grounds of the Abandoned John Lehman High School in 2018, he pans the exterior’s busted windows, broken down brick, graffiti covered walls, and evident deterioration. While many dead trees and brush had already been cleared out, Nathan pointed out the retained history in matching up mature trees that frame the building with the same ones featured in yearbook pictures.

Lehman ushered its last graduating class in 1976, before becoming a middle school until 2004 and serving as interim space for local elementary schools during new construction periods. The building has been vacant since 2006 and had electricity cut off in 2009 due to trespassing.

“The Oxford Place project will transform the Lehman neighborhood,” said Bernabei. “It was a collaborative effort by many partners, and I thank them all.”

Oxford Place has received full support from Lehman alumni, as well as recognition from Canton public officials. Councilmen Greg Hawk, and John Mariol, both gave praise to the development in reporter, Kelly Byer’s article for The Canton Repository. “We have been working for years on a good reuse for the historic Lehman High School building,” Hawk stated in the release. “Oxford Place is going to be a great addition to the neighborhood.”

Mariol also expressed his support, “Lehman will go from a negative blight in our neighborhoods to a positive force that we can all build off of. This is another example of Canton using Issue 13 dollars to carry out the comprehensive plan. The future just got a lot brighter.”

Issue 13 was passed by Canton taxpayers in May 2018, in agreement to increase income tax from 2% to 2.5%. This increase promised a “stronger, safer” Canton, with spending designated for safety forces, neighborhoods, roads and infrastructure and a comprehensive plan, that included a 10% increase to the Neighborhood Fund for development, demolition and housing programs.

Oxford Place’s 62 affordable, senior homes will begin to take shape over the next year, with an expected completion date in early Spring of 2022. Providing approximately 300 construction jobs, the heavy lifting will be carried out by RDL Architects, Tober Construction Company, and Naylor Wellman historic preservation consultants.

Alongside AMR, East Akron Neighborhood Development Corporation, a local nonprofit service provider, will be offering tenant services that include a part-time social service coordinator, resident assistance in registering tenants for benefits, and coordinating events with outside agencies and service providers.

Oxford Place will welcome household with incomes at 80% of area median income (AMI), as well as reserved units for individuals earning 50% and 30% or less. Several homes will also be designated for mobility or sensory impaired.

“CREA is proud to partner with a.m. Rodriguez, Huntington Bank, OHFA, and the City of Canton to make this beautiful project a reality,” said Jeff Nelson, VP – Account Manager at CREA. “Preserving a piece of Canton’s history while providing much needed housing to seniors in the community is a great accomplishment.”